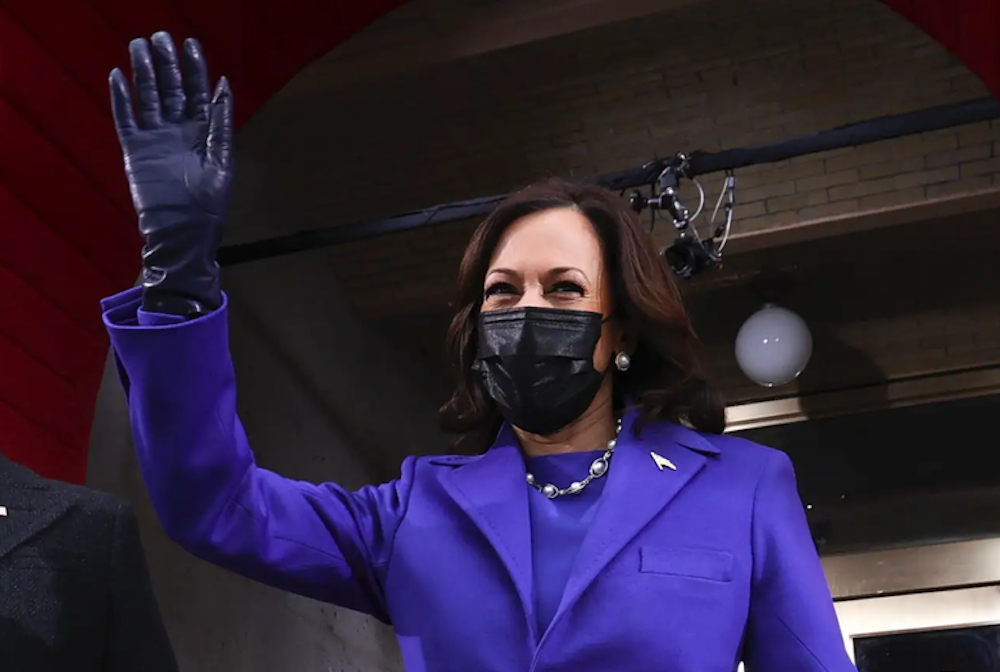 For those of us who are not indoctrinated, you probably saw the subtle little signs at the inauguration. Did you see what Kamala, Hillary, and Michelle were wearing? Pay close attention, it's in Revelation 17:4-5.

For those of us who are not indoctrinated, you probably saw the subtle little signs at the inauguration. Did you see what Kamala, Hillary, and Michelle were wearing? Pay close attention folks, it's in Revelation 17:4-5.

This Broadcast is Listener Supported. Please consider making a Charitable Donation today and help spread the word. Thank you for your continued support.

If you haven't done so, please Follow and Share on your Favorite Podcast Apps. Plus for our uncensored content, be sure to visit the Members Only area.

Road.FM gear up. Kamala the prostitute. Ooh, what's up nomads. Now don't blame me for the information I'm about to give you Okay, especially with straight from the Bible. Special thanks to my buddy Ryan for getting this to me earlier. Now, for those of us who are not indoctrinated, we can see the subtle little signs that these evil people throw, right? Everyone is so focused on Biden, but father time's knocking on his door. So anyway, keep your eye on Kamala Harris, though. Let's look at some facts. Sally. According to the whitehouse.gov website, the President's term doesn't end until 12pm, eastern time on Inauguration Day, and the new president and vice president shall be sworn in after that time, not before. Well, if you watch the Biden Harris inauguration, they were both sworn in before 11:43am. Meaning we had two presidential administrations at the same time, or since Biden was sworn in prior to 12pm. As previously stated, is his administration null and void? Think about this, God forbid there was a war that broke out at 11:50am. Who's in charge of the nuclear codes at that point? The President they were both sworn in. So who would be in charge? The answer is Donald Trump. Furthermore, allegedly, the Secret Service code names for Biden and Harris, are Celtic in pioneer. But you want to know that interesting part? You'll find out after we take a quick break.

Here's what's really interesting. Harris is listed as president in 2022. Now there's documents floating all around the internet about it already, you can find them for yourself. But just like I told you the secret service codenames allegedly, on that same document that lists her as president in 2022. Now, look back. And remember, in 2020, Pelosi was trying to band together a special commission to enforce the 25th amendment for the next administration, where if the VP doesn't yank him, the commission can. Was that a sign of what's to come? In other words, does she straight threaten Joe Biden, and basically say, Hey, Joe, do what we say, or your butt is out of here. I mean, just look at Biden, you can tell something right with that guy. His dementia is getting worse by the day. It's it's almost sad at this point. But I'm sure they have something medical, or some sort of something that keeps them going for appearances, while Harris and Pelosi run the show from behind the scenes, right? Look at what that woman did to California laws. And for those of you that don't know anything about it, because a lot of people blindly voted for Biden and Harris, just two despite Trump, without knowing who these people really are. She ruined California laws. And Kamala describes one of her biggest accomplishments is being amongst the first to perform a gay marriage in the state of California. Let me tell you, a Kamala, that is nothing to be proud of in God's eyes. Matter of fact, his word is strictly against it. In what did pedo Joe do his first day, rolled back to Trump gender restrictions on athletes, meaning a 683 150 pound male can play in female sports, if that's what he or she it identifies as, come on man, not to mention who Biden picked as his assistant health secretary, a transgender who promoted COVID safe orgies. What the heck is that? That's what you want being the assistant health secretary for your children. You know, God created man and woman. But democrats created all other genders, plain and simple. final thought of your folks. God is watching all of this, and he's seeing who's staying true to his word. But he did warn us that this day was coming. Let's look at Revelation chapter 17 verses four and five. The woman purple and scarlet clothing and beautiful jewelry made of gold and precious gems and pearls. In her hand she held a goblet full of obscenities in the impurities of her immorality. The mysterious name was written on her forehead, Babylon, the great mother of all prostitutes and obscenities in the world. Did you see Kamala Harris being inaugurated? Hmm.

Thank you for listening. If you're ready to make the decision and give your life to Christ today, stay tuned for the prayer of salvation. For more information, please visit our website at www.road.fm. Again, that's road.fm and if you haven't done so, subscribe to the podcast on your favorite platforms. We ask that you share it with at least 10 people to spread the word. We are listener supported here. So on our website, please visit the Donate page for ways to contribute in our shop page for the latest merchandise. Remember, we love you and Godspeed everybody. Repeat after me, Jesus, I confess you as my Lord and Savior. Come into my heart. And forgive me for all my sins. Cleanse me with your precious blood and write my name in the Lamb's book of life. Fill me with the Holy Spirit and lead me on the road to salvation. I pray this prayer in the name of the Father, Son, and Holy Spirit. Amen.

Email has been submitted.

America was built on the Word of God a/k/a the Bible, and you wonder why this country is coming apart at the seams? If you remove… 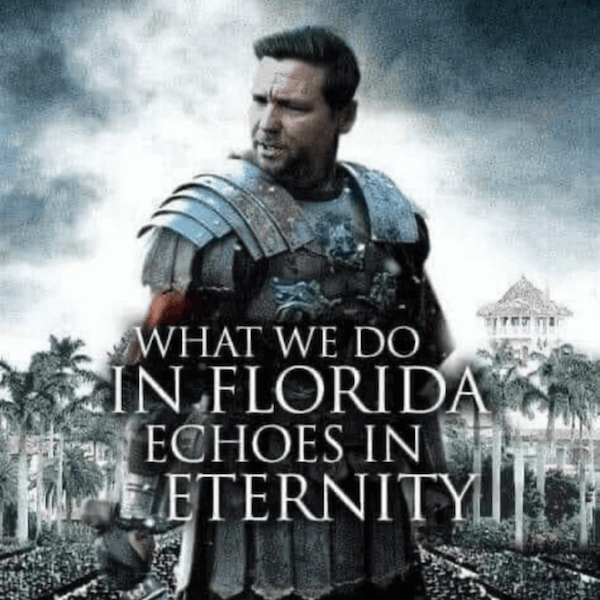 Ron DeSantis is pulling out all the stops to ensure Florida remains Land of the Free, Home of the Brave. The liberal snowflakes a…

A Black Conservative (REV) and an Ornery Cowboy (GODFATHER) team up to help save America. Road.FM is a politically incorrect Broa…